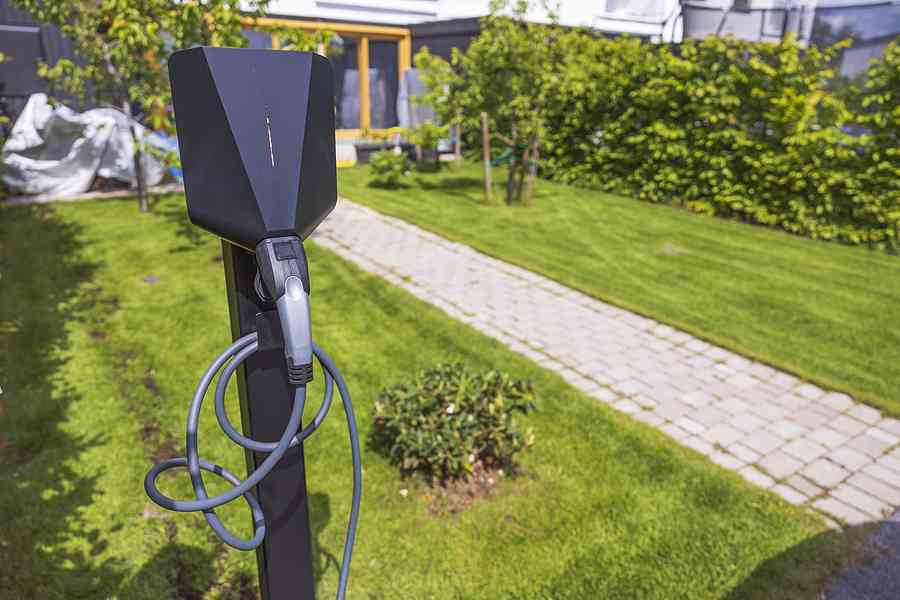 When President Biden set a goal on Aug 5, 2021, that 50% of all automobiles sold in the US by the end of the decade would be electric cars, it may have seemed like mere Presidential approval for a shift that was already well under way. GM, after all, had announced more than 6 months earlier that it planned to be selling 100% electric cars by 2035, while European brands such as Volkswagen, Volvo and Jaguar had announced even more ambitious targets.

So the question for most suburban homeowners is not so much if but when they need to start making plans for their first electric vehicle purchase. While the need for a network of public charging stations is garnering all the political attention right now, the fact is that almost 80% of electric car charging currently takes place at the home of the vehicle’s owner.

So one question faced by suburban homeowners who are thinking of purchasing an electric vehicle is what alterations do they need to make to their homes in order to facilitate electric car charging capability. Do they need DC fast charging and, if so, what are the installation costs of such a set-up?

Come to think of it, how long does it take to charge electric cars? Do charging times vary depending on the make and model of the car? And what about plug in hybrid vehicles? Do they charge more quickly or more slowly than fully electric ones?

This article will give you the answers to all of these questions and more.

Many would-be EV owners think they need at least one DC fast charging station, either in the garage or close to the driveway. But while that might be the ultimate goal for a typical two-car family, it is not necessarily the first step you need to take before the purchase of your new electric car.

The fact is that you don't need to have a home charging station in order to take the EV plunge. It might even be a good idea to live without one for the first few months while you take stock of your driving and charging needs before investing in your own personal EV charging infrastructure.

There are three levels of charging when it comes to electric cars. Level 1 requires nothing more than a standard wall outlet. It should be located close enough to where you park that you can plug your electric car in without the use of an extension cord, so inside a garage or outside close to the driveway would be ideal.

The great advantage of level 1 charging is that most suburban homes already have all the necessary charging equipment and, if not, the installation costs are relatively inexpensive for any local electrician. The bad news is that this is a painfully slow way to charge a vehicle. It could take up to 24 hours to fully charge an electric car (or about 4-6 miles of range per hour).

But, before you discard the level 1 option entirely, think about how often you might need to fully charge your vehicle.

Consider How Much You Really Drive

Let's say you have an electric car with a 250-mile range, which is not uncommon these days. Between your work commute, short trips to the gym and various other errands, you drive about 50 miles a day. That means you’ve only used up 20% of the car's battery charge. And while it may still take up to 10 hours to get back up to a full charge, that could easily be accomplished between 7pm when you get home and 7am next morning when you leave for work again.

Then you need to consider how close you live to available public charging stations that offer access to fast charging, or whether your employer offers workplace charging stations. And what is the available charging capacity at or near other places you may stop for any prolonged period of time - school, the mall, a favorite coffee shop. If any of these locations have nearby charging stations, it's quite possible that you wouldn't need anything higher than level 1 charging at home.

Of course, only you know how much you'll be driving, where you drive to and at what times of day. And it's likely that even you don’t know until you start keeping track of it. So keep a log for a few weeks to map your own driving habits before you decide whether you need to think about going beyond level 1 charging options.

For EV drivers who need a faster charging solution, Level 2 is very doable at home. It requires more specialized charging equipment and a 240-volt outlet similar to those that power an electric stove or tumble drier. Again, most suburban homes already have at least one of these outlets, although it’s less likely to be in the garage, and highly unlikely to be available outside. 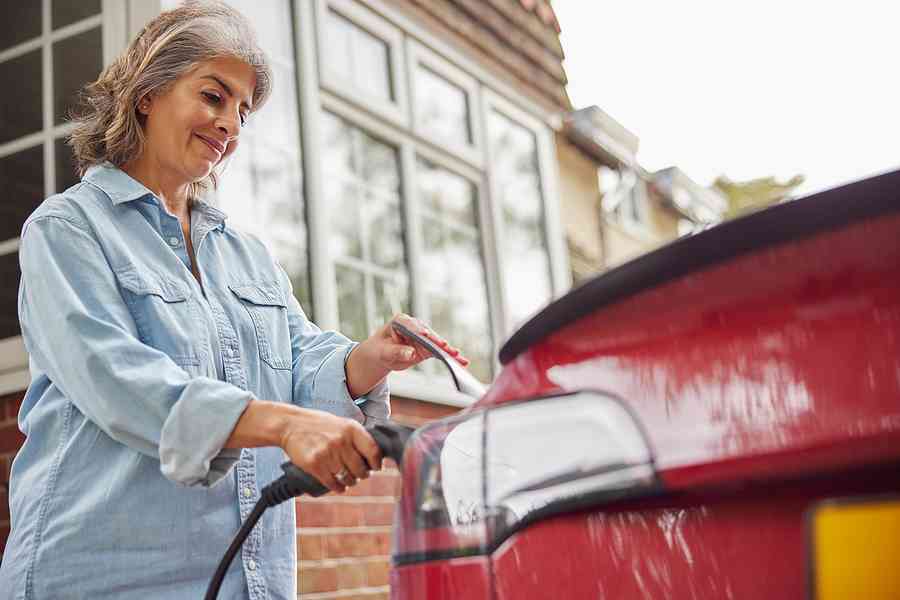 Level 1 and Level 2 Charging are Very Doable at Home

This would charge a typical electric car at a rate of 25-30 miles of range per hour of charging (about half that for plug in hybrid vehicles). That’s plenty fast enough for an overnight charge even if you have a long commute with no access to workplace charging stations.

As for that specialized level 2 charging set-up, it could be as simple as a circuit breaker or as sophisticated as a Juice Box that connects to your wi-fi and can control your vehicle charging from a mobile app, helping you to minimize electricity costs by doing most of your charging during off-peak times.

Cost for installing a level 2 charging set-up like that could run as much as $2,000, although some states offer rebates that would offset some of the expense.

Before we get into level 3 charging, we need to address a phenomenon that affects many would be EV drivers, and that is range anxiety. Some argue that the number one obstacle to mass adoption of electric cars is the fear many drivers have that their electric car will run out of juice and they won't be able to easily pull into a charging station to recharge the battery the way they have always been able to find a gas station where they can fill up their ICE car today.

One solution to this, of course, is plug in hybrids. Many electric car drivers find that they offer many of the benefits of electric cars but have the ability to switch to gasoline power whenever the car's battery runs out of charge. Plug in hybrids still allow you to do your part for the environment by driving the vast majority of your miles on electric power, but you don't have to constantly worry about where the nearest public charging stations are.

The other answer to the range anxiety dilemma lies with level 3 charging stations, which currently allow for a full recharge of most electric cars in less than an hour. Level 3 charging is less for the home and more for the rest area along the highway, where you can plug your electric car in, stop for a bite to eat and be back on your road trip without too much of a delay.

The biggest network of Level 3 charging stations belongs to Tesla, whose Tesla Supercharger can fully recharge a battery in about 40 minutes. However, as of the time of writing, those are just for Tesla owners and won’t work with any other electric vehicles. 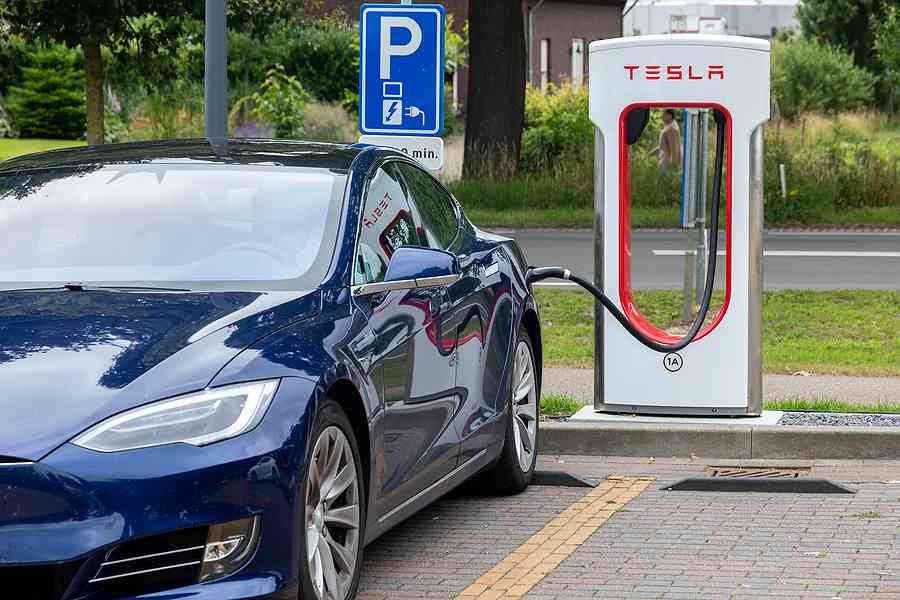 Beyond Tesla, Electrify America plans to invest $2 billion in Zero Emission Vehicle (ZEV) infrastructure in communities nationwide over the next ten years. And plenty of others are joining the electric vehicle charging party.

For home charging, level 1 and level 2 are probably the way to go. Getting millions of suburban homeowners to work either of those into their personal EV charging infrastructure could be just as much of a game-changer if done at scale.