The 5 Best Solar Companies in Massachusetts 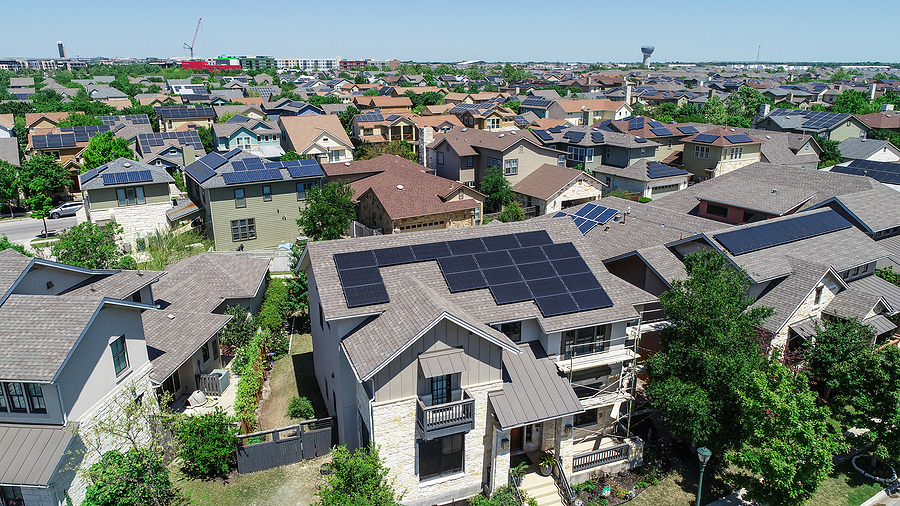 If you're looking to power your house with solar energy, the first big decision you'll have to make is which local solar company is the best one to use. While far from being the sunniest state in the nation, Massachusetts is a great state for solar, largely because it has extremely high electricity prices and a political climate that offers lots of solar incentives under the Massachusetts SMART Program.

Those two factors have made the Bay State a magnet for large out-of-state solar companies to set up shop, as well as a fertile ground for local solar installers to flourish. In this post we'll rank and review the best solar companies in Massachusetts based on the solar products they offer, their customer service reputations and any other energy solutions they offer besides just putting "glass on roof".

With five different offices in Massachusetts, and others throughout New England, Sunrun is one of the top solar companies in the region. With over 15 years of experience, they have installed over 3 gigawatts of solar panels across the country, focusing largely on single-family homes, and pioneering the concept of "solar-as-a-service". The California-based company offers both power purchase agreements (PPA) and purchase/financing options, making it easy for customers to go solar with no money down.

The company has a strong reputation for financial stability, with a history of steady growth and strong earnings. Its recent acquisition of rival Vivint Solar only added to that stability, which is important to customers given that over 50% of current solar panel installations were put up by companies that are no longer in business.

Beyond just installing solar panels and saving customers money on their electric bill, Sunrun, more than any other solar energy provider in Massachusetts, is focused on what comes next - full home electrification. In fact, founder Lynn Jurich recently relinquished her role as CEO of the company in part so that she could focus more of her time on this part of the business.

The company has partnered with Ford for the roll out of the F-150 Lighting, for which Sunrun will provide installation of the Ford Charge Station Pro and Home Integration System. Over time, the plan is to reach out to its 660,000 solar customers in the coming years to help them with installation of electric car chargers, electric heat pumps and all the other upgrades needed for full-home electrification. 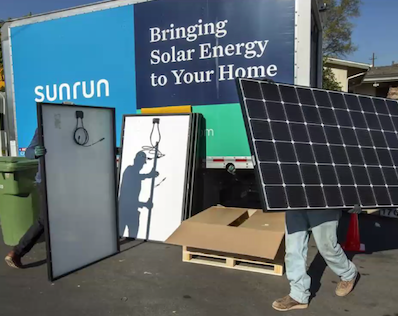 Sunrun has the solar installation process down to a science

Pros: The largest residential solar installer in the nation, very stable and here for the long-term. Sheer size enables it to offer a wider array of products, as well as to deal with supply chain challenges that smaller companies don't have the clout to overcome. Already thinking several years ahead of the competition. Their mission is quite literally to "create a planet that runs on the sun".

Cons: Sometimes acts like the giant corporation it is. Can be a challenge to navigate customer service at times.

Bottom Line: They're the biggest for a reason. They have the solar installation process down to a science.

Trinity Solar is the largest privately-held residential solar installer in the nation and Massachusetts is one of nine states in which it operates. It's also one of the most established, having been founded in 1994, although it was only in 2004 that it started to focus on solar energy.

Trinity has over 1,600 employees and has served more than 65,000 homeowners. The Massachusetts office is in Wareham, which means that its strongest presence is in the southeastern part of the state - Cape Cod, South Coast and Plymouth County.

Although it is large compared with other privately held solar companies, Trinity Solar is tiny compared the the giant publicly-held companies that are now starting to dominate the solar space. As such, it has been impacted by the recent supply chain crisis and may not always be able to offer its preferred product combination of Q Cells solar panels and Solar Edge converters.

Pros: Family-owned company with a strong emphasis on customer service.

Bottom Line: Something of a "Goldilocks" company in terms of size - many of the benefits of a big company with the customer service and family feel of a small one.

Tesla entered the solar industry with a bang in 2016, when it acquired SolarCity for $2.6 billion. SolarCity had been founded some ten years earlier by two brothers, Lyndon and Peter Rive, who are cousins of Tesla founder and CEO, Elon Musk.

By 2020, Tesla was the second largest solar panel company in the US by market share, with 7.6% of the market. That's about half the market share of Sunrun but, nonetheless, it is still one of the top solar companies in Massachusetts.

One of the biggest benefits it offers is a wide range of solar products and services. In addition to solar panels, it also offers the Tesla Powerwall, arguably the best known home back-up unit. However, one product that the company's solar brand was counting on to disrupt the industry, solar roof tiles, have become something of an embarrassing flop.

Nevertheless, Tesla has a strong presence in Massachusetts with many thousands of installed systems across the state.

Pros: Offers a wide range of products and services. Strong presence in Massachusetts. Their Powerwall is the most recognized brand in home storage.

Cons: Some customer service issues. Their most hyped product, solar roofs, have turned out to be a bust. They'll always be more of a car company than a solar one.

Bottom Line: Tesla Energy is a large and well-established solar company with a strong presence in Massachusetts. It offers a wide range of products and services, making it a one-stop shop for all your solar needs.

Founded in Somerville, MA in 2009, SunBug Solar is an employee-owned solar company that has installed over a thousand solar systems across Massachusetts, from Cape Cod to Great Barrington.

Rather than rely solely on rooftop residential projects, SunBug designs and builds every kind of solar system, ranging in size from 1kW to over 1MW, including residential, commercial, carports, and ground-mounts.

SunBug has two offices in Massachusetts, one in Arlington to serve the eastern part of the state, and one in Westfield serving the west.

Cons: Not the strongest presence in Massachusetts.

With over 5,000 residential and commercial installations under its belt. Boston Solar's reputation as one of the best solar companies in Massachusetts comes largely from its customers, who have given it almost universally positive customer reviews.

Boston Solar focuses on providing the best solar panels and customer service, while also offering a 10-year production guarantee to ensure every solar system it install performs as advertised. That's in addition to the 25-year warranty it also offers on its systems.

Bottom Line: With the highest customer satisfaction and superior panels and components, Boston Solar is one of the top solar installers for Massachusetts homes and businesses.

So there you have it - our reviews of the best solar companies in Massachusetts. If you're thinking of going solar, we hope these reviews will help you to choose the best solar panel installer for your project.