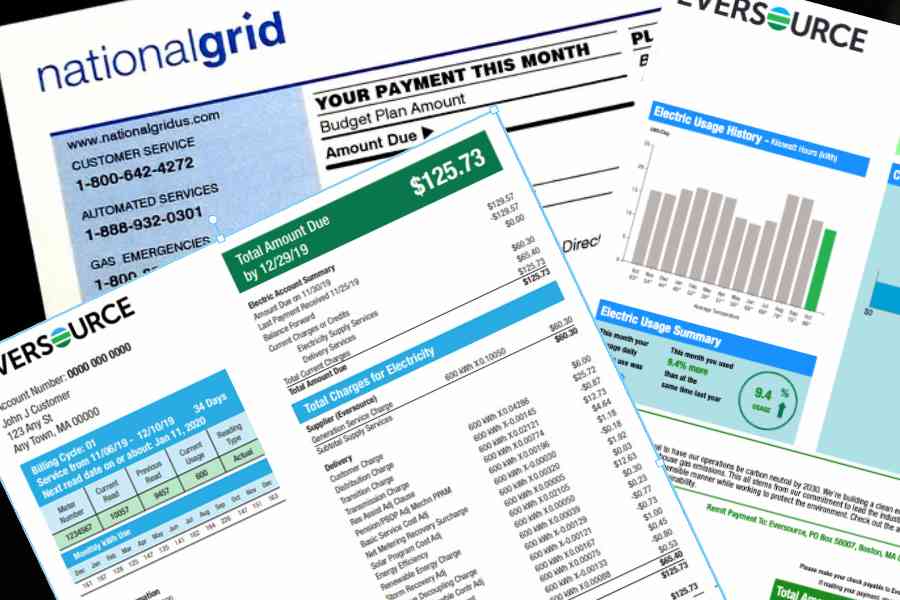 Massachusetts electricity rates are some of the highest in the country. As of December 2021, only residents of Alaska, Hawaii and Connecticut were paying higher average electricity rates. With the three major electric utilities, Eversource, National Grid and Unitil, planning steep rate hikes in 2022.

If you’re looking to save money on your electric bills, the best place to start is to learn how your local energy provider calculates your energy bill. It’s more complicated than it looks and the utility companies rarely make it easy for customers to easily compare “apples-to-apples”.

Electricity is measured in units known as kilowatt-hours(kWh). The more kWh you use, the higher your monthly bill will be, with the average energy usage in Massachusetts being around 500 kWh per month. Your monthly electric bill is calculated simply by multiplying the cost of a kWh by the number of kWh used.

Seems straightforward enough so far, right. Well not so fast.

Your bill is made up of three separate costs, only one of which you have any control over, and even exercising that control is fraught with risks of its own.

First is the Customer Charge. While it’s a relatively modest $7.00 per month, it’s a bit galling to know that, even if you use zero kWh of electricity in any given month, you still have to pay the Customer Charge. It’s just the cost of being connected to the grid and covers basic expenses for billing, meter reading, and customer service, as well as maintenance of energy infrastructure, such as meters, utility poles, power lines and equipment. 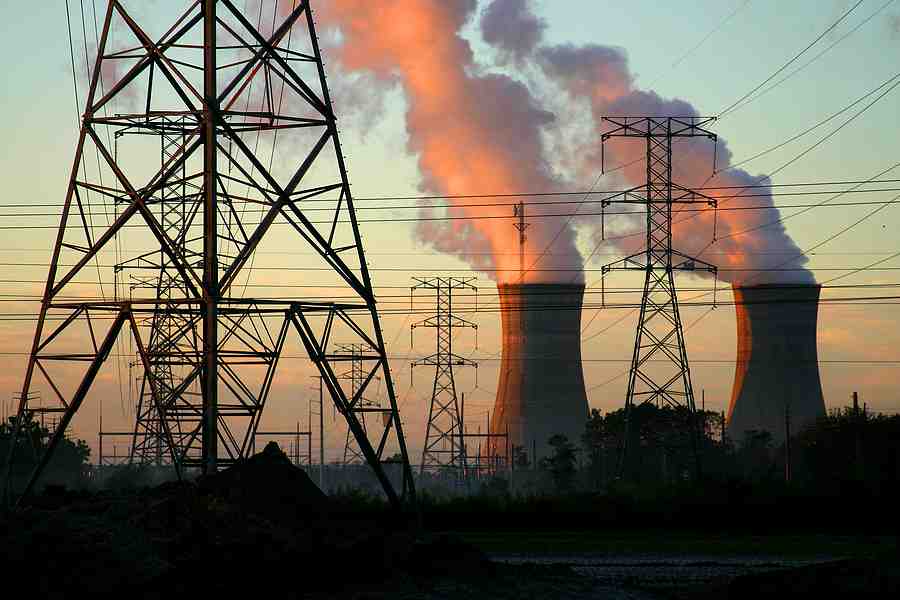 Next comes the Supply Charge. This is the cost of the actual electricity you use. In Massachusetts, it ranges from about 10-15 cents/kwh, depending on:

That last one, bears a little explanation. Most people think that their local utility company is their electricity provider. So in Massachusetts, your power comes from either Eversource, National Grid or Unitil. But that’s not always the case.

Back in 1997, the Massachusetts state legislature decided to create a deregulated energy market. What that meant was that consumers were allowed to access a lower electricty supply rate by choosing which energy supplier they could get their power from, with their local utility company merely acting as a distributor of that power. The idea was to keep downward pressure on electricity rates by having energy providers from across the nation compete head-to-head with the local energy companies.

This energy deregulation seemed like a good idea at the time but, some 25 years later, lawmakers on Beacon Hill are starting to have second thoughts. Third party energy providers have since flooded the market with all manner of different plans, offering either lower rates, locked in payment otions, green energy guarantees, etc. One particularly aggressive marketing tactic has been offer extremely low introductory rates followed by steep increases after the initial promotional period ends.

What's more,  a popular feature of the program was that residential customers who chose a third-party energy supplier were given the choice of either getting a separate bill from that supplier or having the cost of that energy plan reflected on their regular electric bill, with their local utility company being responsible for passing the payment on.

While the second option may seem more convenient, it has the effect of creating a “set it an forget it” mentality where customers would take advantage of a lower electricity supply rate, forget about the fact that it was scheduled to increase once the promotional period was over and then be bumped up to a much higher rate that they would keep paying for months or even years without even noticing the increase.

State lawmakers on both sides of the political aisle are considering what a future Massachusetts electricity rates plan might look like and may abolish this deregulated energy market largely because of abuses like this.

Finally, there is the Delivery Charge, and this is one area where Massachusetts is quite different from most of the rest of the country. Energy providers such as National Grid and Eversource charge more for the delivery of power than just about anyone else in the country. For most Massachusetss homeowners, delivery costs make up more than 50% of their bill.

The reason is, having made a strong commitment to renewable energy, the state doesn’t like building power stations anymore. In fact, we’re far more likely to close them down than build any new ones. We closed one down in Plymouth a couple of years ago and another in Somerset a couple of years before that. The net result is that some 50% of the power we use in Massachusetts is brought in from out of state.

Delivery charges cover the cost of that transmission. The power lines, the substations, vegetation management, and all manner of other costs associated with getting the power to our homes. The costs vary, depending on which town you live in and, outside of moving to a different town customers have no control over the delivery rate they are charged. The only way to lower the cost is to use fewer kilowatt hours.

Before we leave delivery charges, there’s one more thing that should be mentioned. In the part of your bill where the delivery charges are itemized, you may have noticed a handful of charges for things that don’t really relate to delivery. Renewable Energy Charge, Distributed Solar Charge, Energy Efficiency Charge, etc.

These charges add up to about 10% of the average consumer’s bill and are collected by your utility company to fund two very popular green energy programs: Mass Save and Mass SMART. Mass Save is where customer can have their home audited for energy conservation. You get a report that details what you can do to save energy and might get some free energy efficient light bulbs, a high-tech thermostat or a rebate on the cost of insulation.

The SMART program is less about conservation and more about renewable energy. It funds incentives for renewable energy plans. That can mean anything from an offshore wind far off the coast of Martha's Vineyard to funding the installation of rooftop solar panels so that customers can go solar with no out-of-pocket costs.

So there you have it, your electricity bill explained. Knowing how the energy companies calculate your electricity bill is the first step to figuring out how to lower it. As the energy market continues to evolve, adding more green energy and switching up the distribution models, traditional energy prices are only going to increase. Having a good handle on how these changes will affect your own household budget will become even more important for all Massachusetts homeowners.