Heat Pump Basics - Can They Save the World? 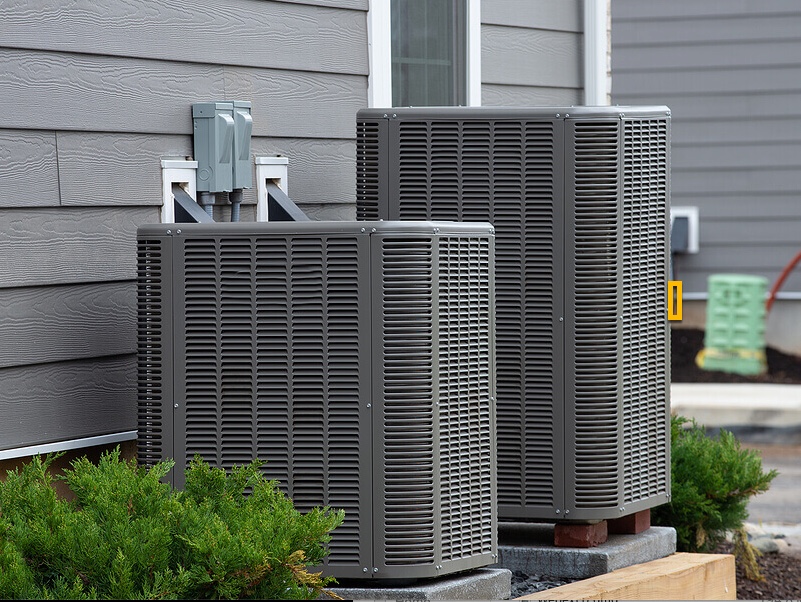 Of all the things an average homeowner can do to help fight climate change, perhaps the most underappreciated is the installation of an electric heat pump.

They may not be as sexy as electric vehicles, and they're certainly not as high-profile. But with 12% of our greenhouse gas emissions coming from the heating and cooling of our homes, there is probably no other single step you could take that would do more to reduce your carbon footprint.

But for machines that can cause such dramatic reductions in emissions, heat pumps are poorly understood by consumers and policymakers alike. Barely 10% of American homes currently use one, a number than needs to increase exponentially if we are to have any chance of meeting our Paris climate commitments.

What's more, in a 2020 survey of homeowners in the Northeast conducted by home improvement company Sealed, 70% said they had never considered installing a heat pump in their homes and 47% said they didn't even know what a heat pump was.

The name doesn't help, since heat pumps don't just heat they also cool, and they don't really "pump" in the way we typically think of machines that pump water, for instance. So the popularizing of a different name - mini-splits - is a step in the right direction. (Yes, a mini-split is a kind of heat pump).

Another cause of confusion is the fact that in the US, the size of a heat pump is usually expressed by the ton. So some homeowners have this vision of a huge 3-ton heater being lowered into place by crane.

But when it comes to heat pumps, tons refer not to the weight of the machine, but to units of cooling power (with one ton being equal to 12,000 BTUs per hour).

And finally, there is the reputation heat pumps have for not working terribly well in cold climates (they do, and we'll get to that later).

In this article, we'll explain how heat pumps work, address some misconceptions people have about them, talk you through the pros and cons of heat pumps and help you decide if one would be a good fit for your home (spoiler alert: it almost certainly would).

So let's start with the basics.

What is an Electric Heat Pump

There is nothing new about the fundamental technology behind heat pumps. In fact, you've probably had a kind of heat pump in your home for your entire life. That's because the best way to visualize what a heat pump is and what it does is to think of your refrigerator.

When working as advertised, a refrigerator pumps warm air from the inside through a compressor to cool it down. It then pushes the cool air back inside the fridge and the extracted heat out of the back through a vent. That's the part that hardly anyone notices because, well, it's a vent at the back of the fridge. Who pays attention to stuff like that?

But it's a crucial point because a refrigerator works by moving heat from the inside to the outside.

Oh, and another thing that's crucial to remember. Even when the fridge is cold inside, it's still possible to extract yet more heat out of the air inside and continue pushing warm air out through that vent at the back.

Now imagine that the fridge was the size of a house. A larger version of that same compressor would be an effective way of keeping it cool in the summer, pumping warm air out of the home, running it through a compressor to cool it down, and then pushing the newly cooled air back into the house and the extracted heat outside through a vent.

And of course, that is exactly how an air conditioner works.

Now imagine that you could take that entire process and run it in reverse so that it's warm air that gets pushed into the house and cold air that gets vented to the outside. Now you have a single machine that can both cool your home in the summer and heat it in the winter while running on electricity (preferably renewable electricity), rather than the oil or natural gas that most Americans currently use to heat their homes.

What's more, recent advances in heat pump technology mean that they are vastly more energy-efficient than our traditional fossil-fuel-burning furnaces, and can make our homes far more comfortable at any time of year and in any part of the country.

Not only are they quieter and more efficient, but they also offer more control. So it’s not just about saving money and saving the planet. Heat pumps offer a real improvement in quality of life.

(There are also water source heat pumps but they're more commonly used in commercial buildings).

As the name suggests, an air source heat pump pulls heat from the air and they're located above ground, usually just outside the home.

Ground source heat pumps are more expensive largely because they're buried underground. Once you get below the frost line, the ground beneath our feet is surprisingly mild in temperature, even in very hot or very cold climates. It's typically a stable 50 degrees Fahrenheit year-round.

This favorable heat gradient (cooler than the air in summer and warmer than the air in winter) makes geothermal heat pumps even more effective than air-source ones. And the fact that the heat pump itself is hidden out of sight makes it an attractive option for homeowners who are concerned about their home's appearance.

What makes Heat Pumps so Efficient?

While heat pumps cool our homes with roughly the same efficiency as a reasonably new one-way air conditioner, they really come into their own when it comes to heating. They can be anywhere from 200% to 500% efficient. That is, for every watt of energy they consume, they give two-to-five watts of heat back.

The efficiency stems from the simple fact that heat pumps don't have to generate heat, they merely extract it from the air (or the ground) and move it to where it's needed.

Oil or gas furnaces, on the other hand, can only generate heat by burning fuel. And even the most efficient ones are unable to convert 100 percent of that fuel into heat. And while a good electric resistance heater can operate at 100 percent efficiency, it still requires a lot of watts to generate heat in the first place.

How Much Do Heat Pumps Help the Environment

Because they are so efficient, heat pumps would be good for the environment even if they were powered exclusively with "dirty" electricity (that is electricity generated with 100% fossil fuels). As we continue to clean up the grid, though, heat pumps continue to reduce emissions with every percentage point increase in our collective use of renewable energy.

(Where I live in Massachusetts, about 25% of electricity is generated with renewables, and there's a mandate in place to reach 30% no later than 2025).

Conversely, if your current furnace were to die tomorrow and you replaced it with another fossil-fuel-burning one, you would be locking in your home to be a net contributor to climate change for the next 15-20 years.

That's why it's imperative to get the word out to homeowners as quickly as possible about the many benefits of heat pumps. And it's equally imperative that homeowners who are already inclined to install a heat pump start planning long before their current furnace comes to the end of its life.

So plan ahead and replace your furnace long before it dies on you. The planet will thank you for your forethought.

Ask anyone how much heat pumps cost and you already know the answer you're likely to get: It depends.

These are all very legitimate questions, and crucial in determining final costs.

An easier question to answer is this one: Are heat pumps more expensive than fossil-fuel-burning furnaces? The answer to that one is usually yes, but only when you consider upfront costs alone. Over the life of the system, and allowing for greater efficiency and the increasing costs of fossil fuels, a heat pump will likely save you money over the long term.

But if humans were good at looking at the long term, we probably wouldn't be in this climate mess in the first place so governments have had to step in and offer incentives to soften upfront costs.

Massachusetts offers some good incentives for heat pump adoption through its MassSave program. It's also one of the few states that does a good job of tracking and publishing data on how those incentives are being spent. Using that data, among other sources, CarbonSwitch.com has put together a good guide detailing heat pump costs.

Anecdotally, my own story might also be helpful. My house is about 2,200 square feet. About seven years ago in the winter of 2014, I replaced my old oil furnace with a gas one (I know, I should have known better).

If you add 3% per year to allow for inflation between 2014 and 2022, that comes to about $10,800 in today's money. According to CarbonSwitch.com, the cost of replacing that furnace with a heat pump would be about $17,800 after incentives.

Compare that $7,000 in additional upfront cost with the $1,000 per year that the DoE estimates I could save in heating and cooling costs, and you have an investment that would pay for itself in about seven years.

Heat pumps have long been popular in the south where they were the perfect solution to those hot and humid summers, combined with mild but occasionally chilly winters.

And for those early models back in the 1980s and 1990s, there was some truth to the notion that they would not be able to generate enough heat to deal with the long cold winters of New England or the Midwest. They simply wouldn't be able to extract enough heat from that cold winter air to heat an entire house.

But over the last ten years or so. dramatic improvements have been made to the technology. And while it's still true that a heat pump's efficiency does go down in cold temperatures, they can still be over 100% efficient and today's models can warm a house even when outdoor temperatures are down to -31 degrees Fahrenheit.

They've become very popular in Scandanavia, which gets pretty cold in the wintertime last time I checked, and several northern US states are going all-in on the technology, with New York, Massachusetts, and Maine, among others, offering generous incentives for homeowners who make the switch.

In fact, Maine now has more heat pumps installed per 1,000 households (50) than many of those aforementioned Scandanavian countries.

In conclusion, electric heat pumps are a crucially important tool in the fight against climate change. Due to their improved efficiency in recent years, they work perfectly well in cold climates.

Although they have a higher upfront cost than traditional fossil-fuel-burning furnaces, they are cheaper to operate over the long term and can save homeowners money on their heating and cooling costs. Governments in some states are offering incentives to help offset the upfront costs.

Over time, they will become increasingly important as we transition to a zero-carbon economy and continue working to reduce our greenhouse gas emissions.